Both parts are recorded by Heifetz using an overdubbing. The recording is considered a failure, in my opinion, because of the relatively dull sound and the unsuccessful first movement: the tempo is too high, the orchestra plays monotonously, the violins do not differ in tone or style. I think because of this, many people never got to hear Largo, the first half of which is played and recorded musically perfectly. In the second part of Largo, the violins lost their voice, but the finale is recorded very well-expressively and with mood. 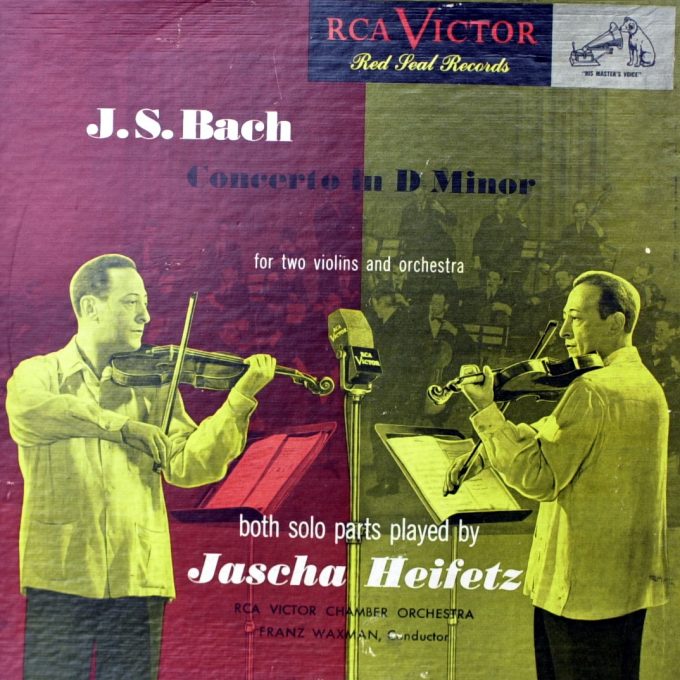 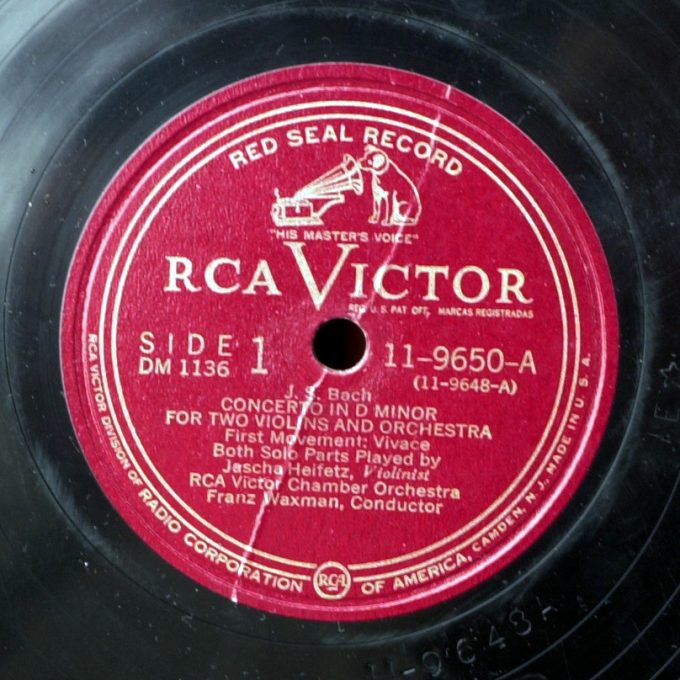 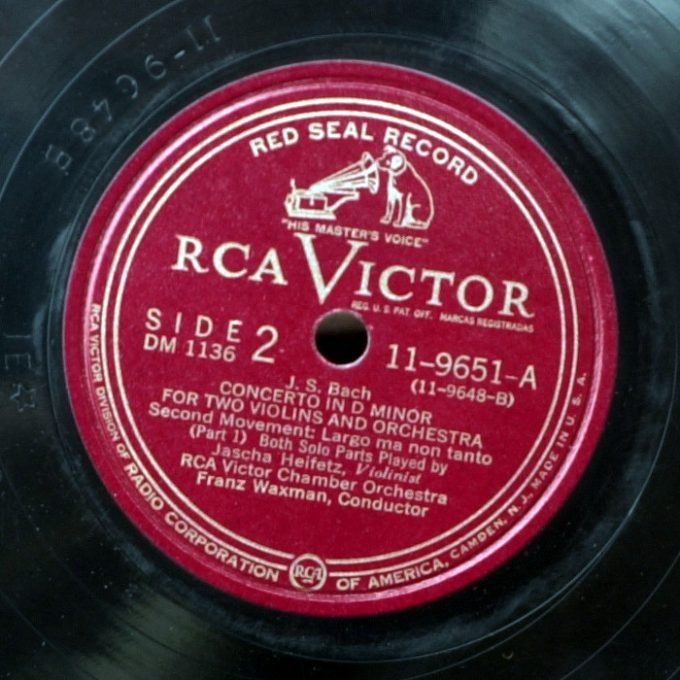 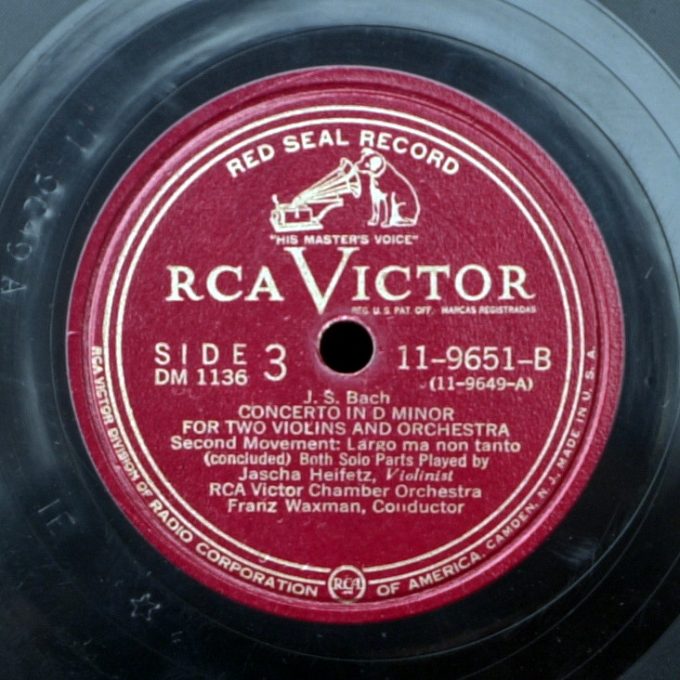 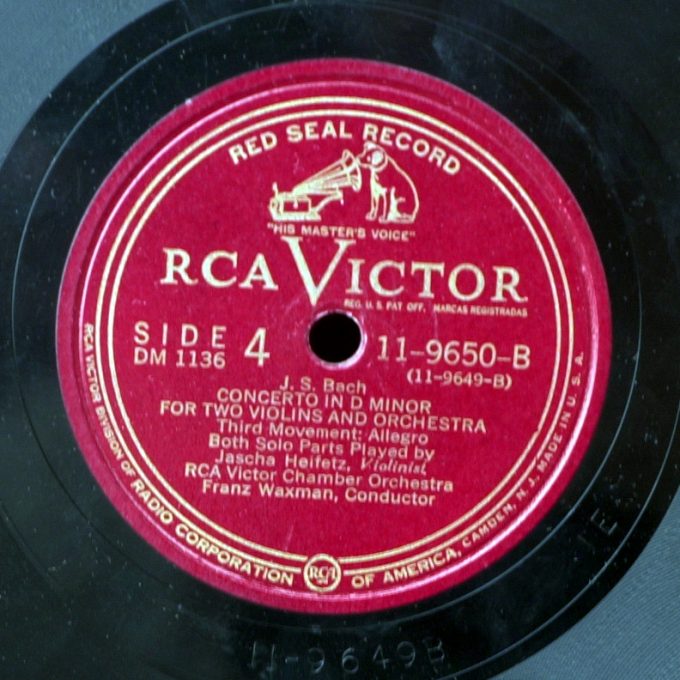