Re-released in the late 1940s with losses and superficial noises, Columbia had a series of such reissues albums, such as Chopin Godovsky's Nockturne and Bach Szigeti's solo partitas – both frank spoilage. But even in this form it is clear that the interpretation of bush's concerts is one of the best, and maybe the best – impressive delicate brass, not breaking into a cry and not lost in chorus, precise rhythm and good overall impression. The orchestra plays as a single organism, conducting above all praise.

J.S.Bach – Brandenburg Concertos
under the Musical Direction of ADOLF BUSCH
recorded in 1935 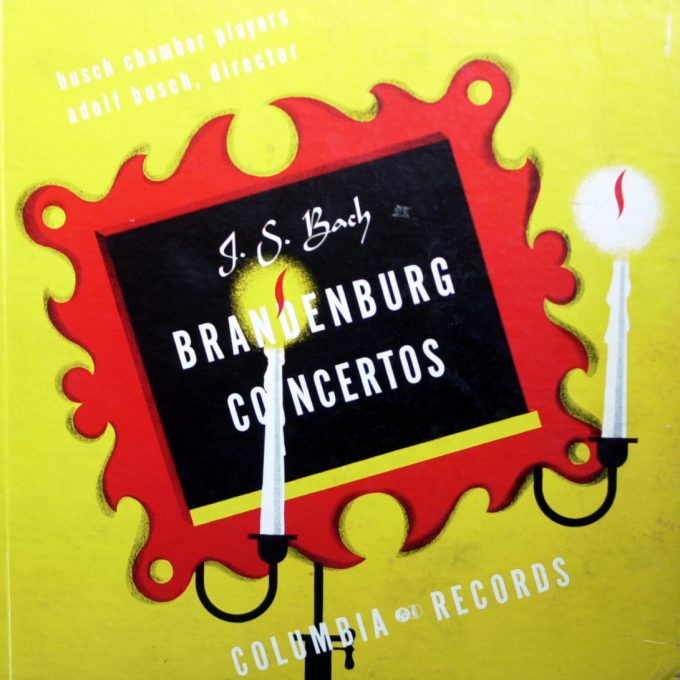 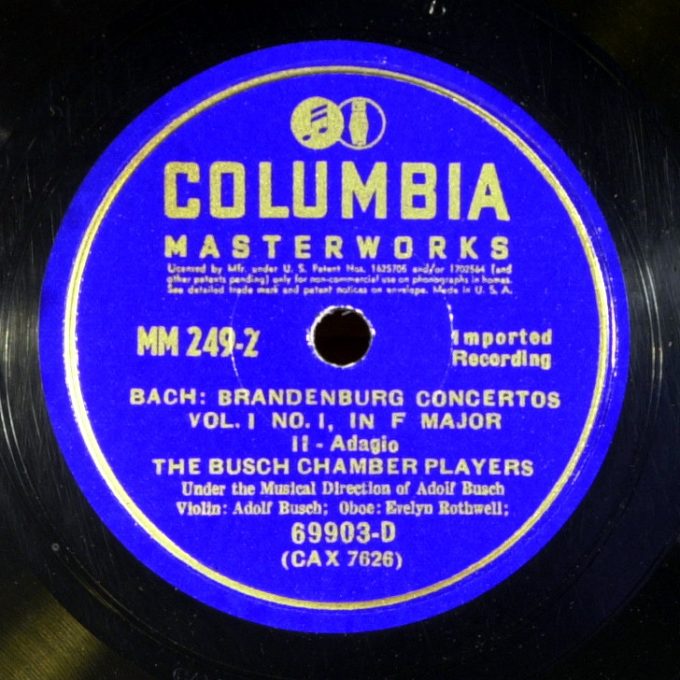 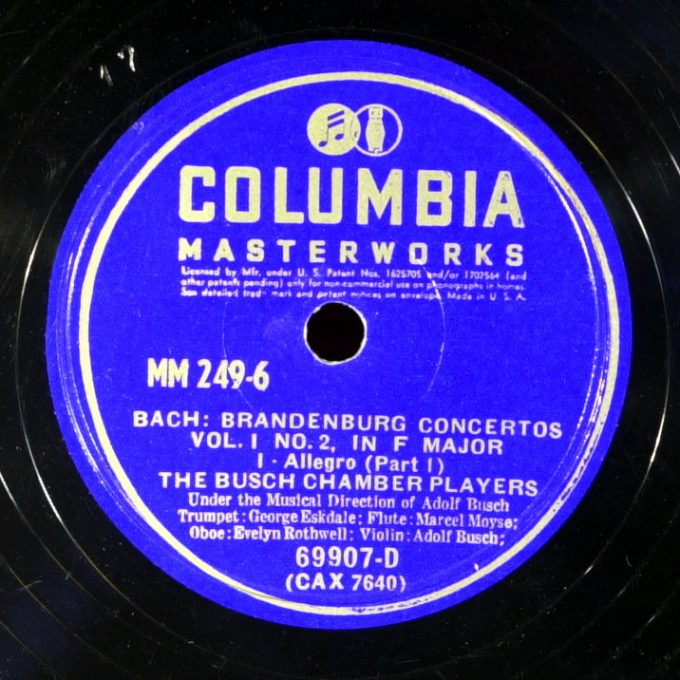 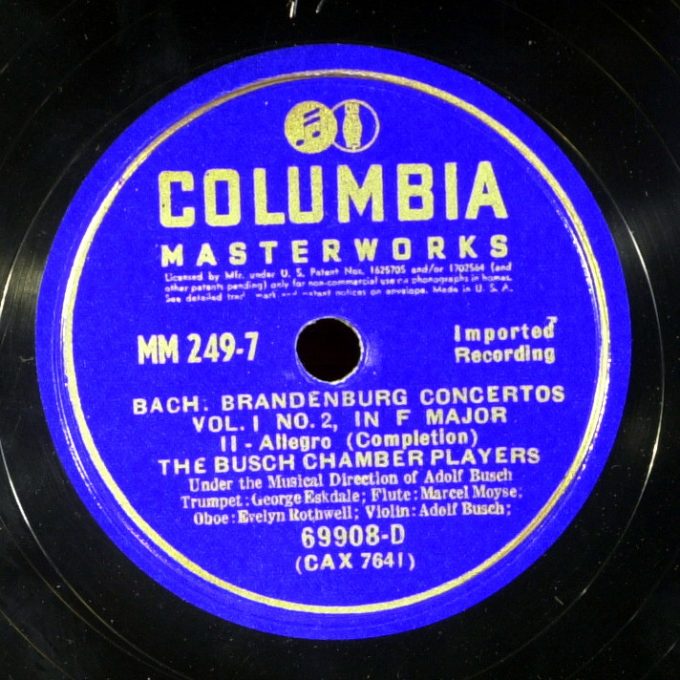 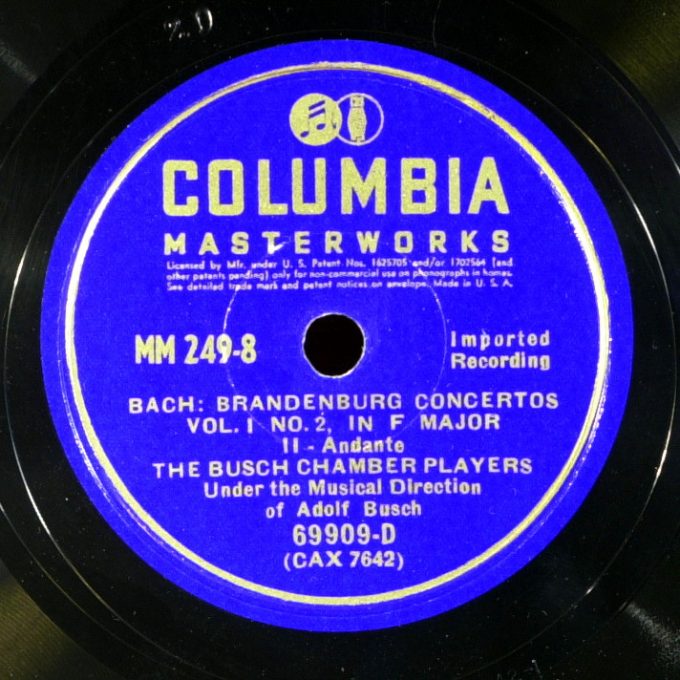 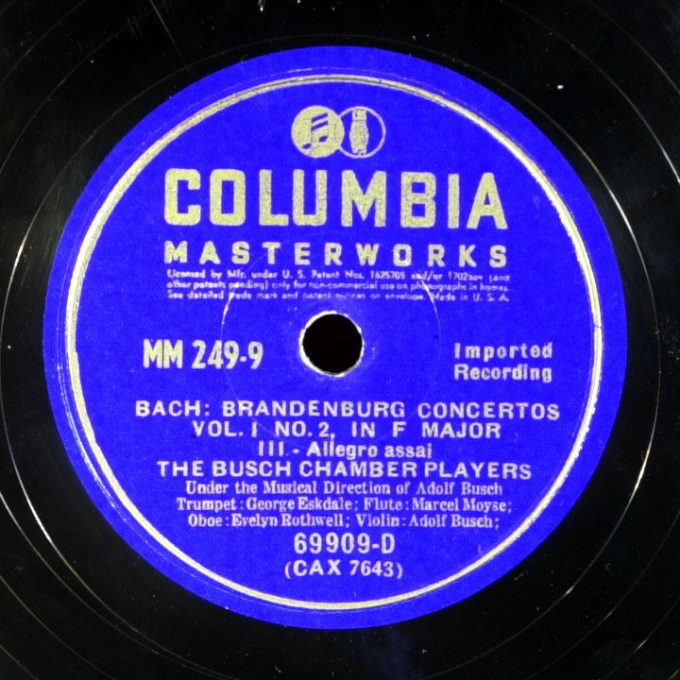 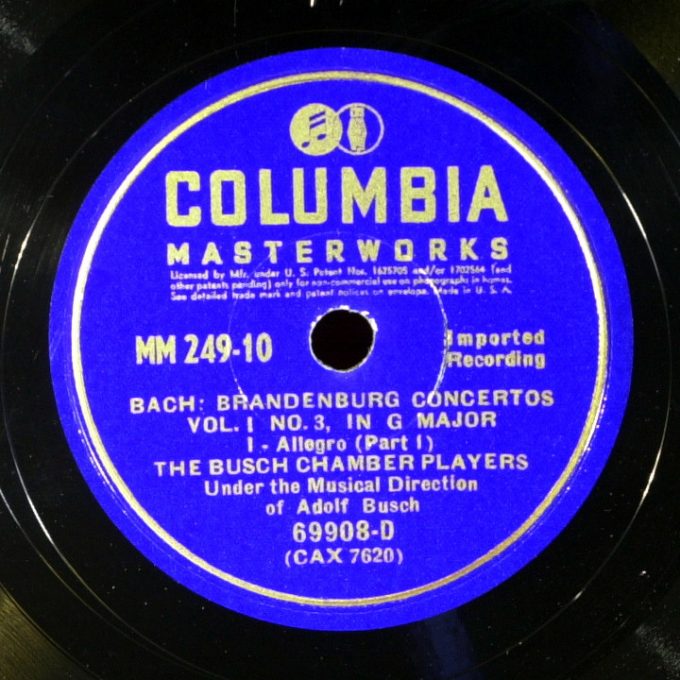 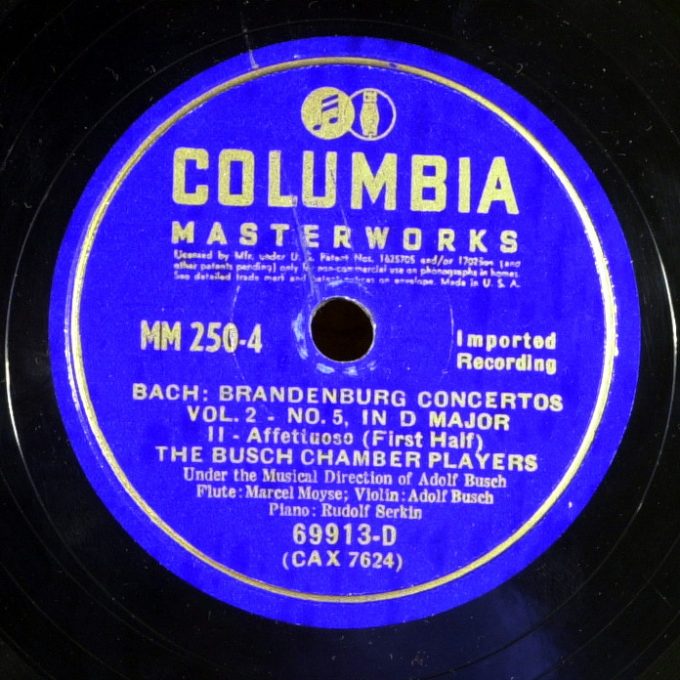