A compilation of records from different sets, the first record from the United States is recorded with serious loss of clarity, the sound of the second, English version is great, but it is printed on a crackling mass of English HMV. In the first movement, you can appreciate the Szigeti violin with its emphasized upper formant, somewhat angular and beautiful in this angularity. Thanks to the efforts of American technicians, the Flash instrument sounds helpless, and only at the end of Largo and in the final it becomes clear that two equally great masters are playing, and their instruments are as good as their masters. It should also be noted that the orchestra is well-coordinated, emphasizing the expression of the allegro. 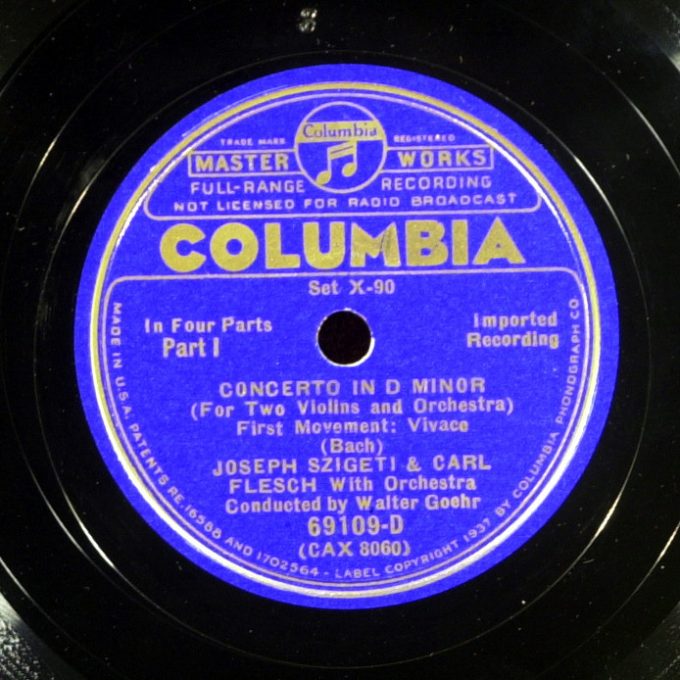 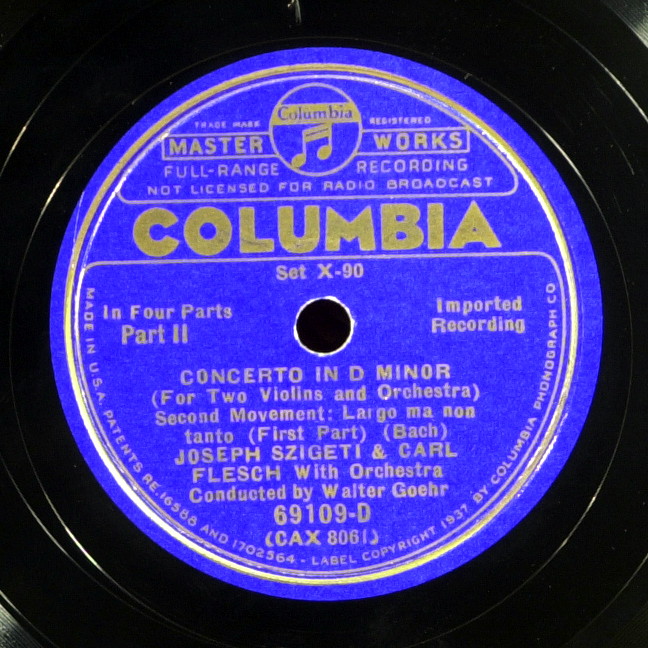 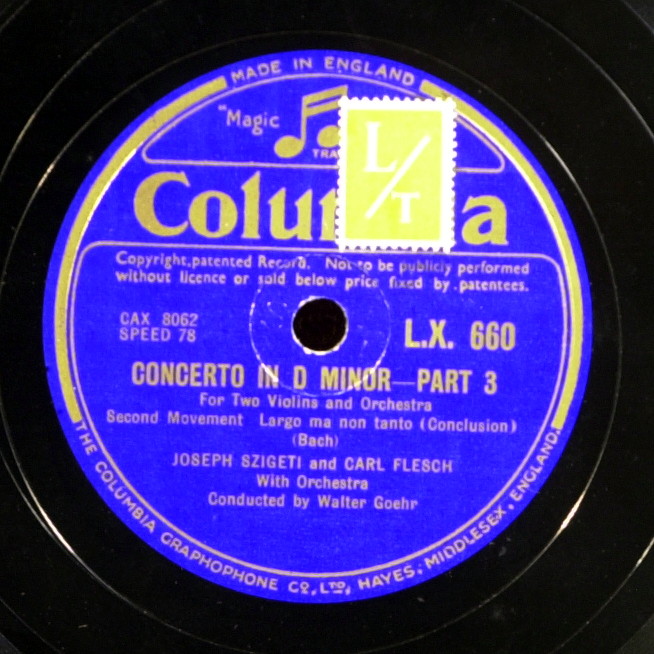 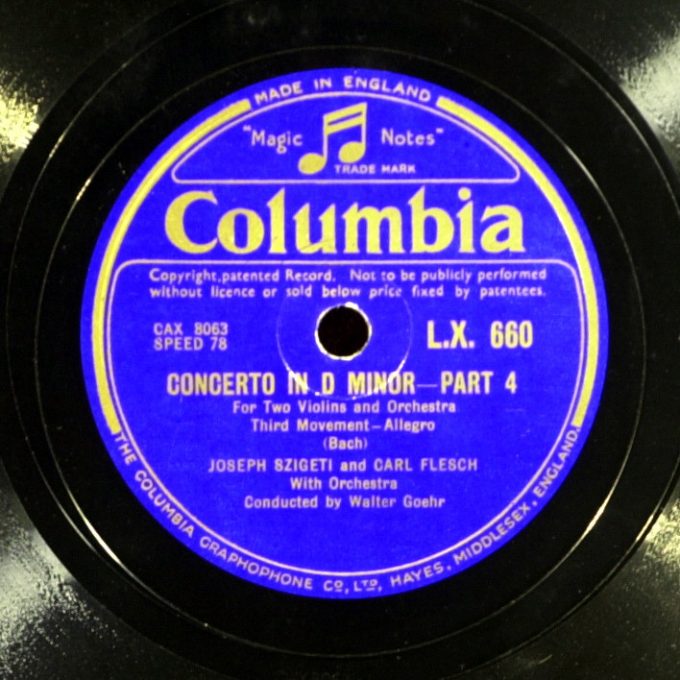