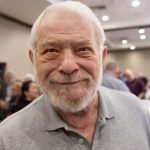 The issue—one that definitely matters but that also definitely shrieks of “voodoo” and “snake oil” even to many audiophiles—is cable directionality. This is where, if its ends were marked “A” and “B” (or “Source” and “Load” or any other set of markings to tell them apart), a cable would sound different if its “A” end were hooked to a signal source (a preamp, for example) and its “B” end were hooked to a load (an amplifier, in this case) than if those same ends were hooked-up the other way around. (“B” to source and “A” to load). This sonic difference can be due either to the design of the assembled cable or from the nature of the conductor wires themselves, but in either case, it’s real and the cables are (or at least should be) directional.

Many manufacturers of shielded interconnects ground their cables’ shielding at only one end (Shielding has be grounded or it won’t work)—either at the “source” end, where the signal to be carried comes from, or at the “load” end, where the signal is going. Different manufacturers have different ideas about this, including grounding at both ends, but it’s easy to understand how it can make an audible difference.

What’s less easy to understand is when the directionality arises from the actual metal of the wire the cables are made of. At least three possible explanations for this have been put forth, all of which relate in one way or another to the crystalline structures of copper and silver, the metals most commonly used in audio cables.

If the wires used in a cable are rolled or drawn cold—the most common ways of making wire—the crystals of the metal become crushed, cracked, stretched, or otherwise distorted in the process of forming them to the desired diameter (“AWG gauge”). This physical distortion is said to affect the flow of signal, and thus the “sound” of the cable.

If the wires are made by a different process, “zone refining” or “continuous casting,” instead of the more conventional rolling or drawing, crystal distortion is largely eliminated because wire made this way is formed while the metal is in a molten state and cooled slowly. This allows its crystal structure to form in essentially its final shape and reduces the stresses, warpage, cracking and crystal distortion produced by more conventional production methods. It also means that the crystals produced can be very much larger. (Single crystals formed this way have been claimed by their refiners to be as much as several hundred feet long. [www.sowter.co.uk/occ.php]) Having bigger or longer crystals means that there will be far fewer crystals, and thus far fewer crystal-to-crystal junctures or interfaces in any volume of continuous-cast wire than in any identical volume of wire that was rolled or drawn, and leads directly to the other two explanations for copper wire directionality.

In any metal object—wire included—if the metal contains non-alloyed impurities, they will most likely be found at the junctures of adjoining crystals. In copper, the material most commonly used for wire, the impurities that can affect directionality (Sulphur is also present, but doesn’t seem to affect directionality) are most likely to be of one or both of two kinds; the “iron triode” metals (iron, nickel, and cobalt), and copper oxide (Cu2O or CuO), which is present in or on virtually every piece of copper that has ever been exposed to oxygen in any way.

The problem with iron triode metals is simple: iron, nickel, and cobalt can all take and hold a magnetic charge. If those metals are present at the crystal junctures, each such inclusion can, just in the normal process of signal transmission, become a tiny magnet and, depending on its polarity, act to affect signal flow. The reduced number of crystals and crystal junctures produced by the continuous casting process, plus the higher metal purity that that process can produce (“zone refining,” the predecessor of the continuous casting process, was invented for the specific purpose of providing ultra-pure metals for physics experimentation) both serve to reduce iron-triode-induced magnetic directionality, but it still remains to some degree in even the purest, longest-crystal wire.

The presence of copper oxide may also produce directionality. While a thick layer of copper oxide (think of a “green” penny) is an insulator, and won’t pass electrical current at all, very thin films of copper oxide, such as may form at the junctures of copper crystals, are known to be semiconductors. In wires, these may act as tiny diodes to pass signal only in one direction or, by passing tiny increments of signal through two such diodes consecutively, may actually rectify them out of existence. (https://en.wikipedia.org/wiki/Copper(I)_oxide). As with magnetism-induced directionality, semiconductor directionality is reduced by the lesser number of crystals in continuous cast wire.

Cable manufacturers who use stranded wire (multiple thin strands of bare wire twisted together to make each conductor “leg,” instead of just one thicker one of the desired total gauge) can have directionality problems without even knowing about them. If, for example, the several wires of the stranding (any number from, typically, seven to hundreds) are each directional but are directional in different directions (some portion running from “A” to “B” and the rest running “B” to “A”) the stranded wire produced may have no audible “preferred” direction. This doesn’t mean, though, that the manufacturers’ wire isn’t directional, but only that competing directional effects in the individual wires that it’s made of are canceling each other out, resulting in lost signal information at the lowest levels and costing them detail and lowest-level resolution in their finished products.

That’s what I meant when I said earlier that cables “should be” directional, and it may be one of the reasons why so many of the manufacturers of the best-sounding cables use “solid-core” (non-stranded) wire in their products. It was certainly a major reason why XLO, my former company, used it, but even that’s not sufficient to be certain of not suffering information loss due to directionality problems.

Whether rolled, drawn, or even continuously-cast, all wire has the possibility of being inherently directional. Furthermore, there’s no way—other than by listening to it—to determine which direction a piece of wire’s “preferred” direction of signal flow may be. One of the major reasons for this is that, even if we knew that wire sounds better if run in that direction (whichever direction that might be) the actual directionality of the wire we get from the mills that produce it depends on something over which we have no control at all—the number of times the wire has been spooled since its manufacture.

If we arbitrarily name the two ends of any piece of wire “North” and “South” and say that the end that first comes out of the rolling mill, the drawing die, or the casting mold is “North,” then, when the wire is spooled, the North end will be the first end onto the spool and the South end will be the end hanging free when the spooling is finished. If the wire is then re-spooled, as from a large original “supply” spool onto a smaller “take up” one, the South end will go on first and the North will be left hanging free. That’s where the problem lies—even if we know which end is “better” as the “source” end for a cable, let’s call it the “North” end, just for example—unless we know how many times the wire has been re-spooled since its original manufacture, we have no way of knowing which end is “North.”

There is a way, of course, that cable manufacturers can get around this: Just make sure that all of the wires of all of the strands of all of the “legs” of all of the cables they produce have been—at least for each production batch—re-spooled the exact same number of times. That’s even possible, if the manufacturer can buy its wire on single very large supply spools and control every step of the manufacturing process thereafter. Then, once the cable is finished, all that’s necessary is to (at least once for each batch of cable) listen to it hooked-up in both possible directions and decide which sounds better.

That’s what we did at XLO, and it’s what’s already in process for my new cable company, RSX Technologies, Inc., that will soon be bringing products to market.

Except for the manufacturing part, you can do the very same thing at home. For every cable that you have that has the same connectors at both ends, try listening with the cable as you have it now (A to B); then reverse it (B to A) and listen again. Do that as many times as it takes to reach a final conclusion, then mark it for directionality (masking tape and a Sharpie works just fine) and use it whichever way sounds better. You may be surprised at the difference it makes. If you hear no difference at all, it might be because of the internal cancellation problems I mentioned earlier, and at least trying some different cables might be a good idea. Try it.