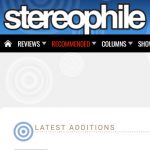 Subjective audio is the evaluation of reproduced sound quality by ear. It is based on the novel idea that, since audio equipment is made to be listened to, what it sounds like is more important than how it measures. This was a natural outgrowth of the 1950s high-fidelity “revolution,” which spawned the notion that a component, and an audio system as a whole, should reproduce what is fed into it, without adding anything to it or subtracting anything from it.

Traditional measurements of such things as harmonic distortion, frequency response, and power output can reveal many things a product is doing imperfectly, but there have never been any generally accepted guidelines for equating the measurements with the way they affect the reproduced sound. And there was strong evidence that many of the things people were hearing were not being measured at all.

Subjective reviewing simply skirts the question of how objective test results relate to what we hear, endeavoring to describe what the reproducing system sounds like.

But what should it sound like? The pat answer, of course, is that it should sound like “the real thing,” but it’s a bit more complicated than that. If the system itself is accurate, it will reproduce what is on the recording. And if the recording itself isn’t an accurate representation of the original sound, an accurate sound won’t sound realistic. But what does the recording sound like? That’s hard to tell, because you can’t judge the fidelity of a recording without playing it, and you can’t judge the fidelity of the reproducing system without listening to it—usually by playing a recording through it. Since each is used to judge the other, it is difficult to tell much about either, except whether their combination sounds “real.” But it can be done.

Even after more than 116 years of technological advancement (footnote 1), today’s almost-perfect sound reproduction still cannot duplicate the sound of “the real thing” well enough to fool someone who has learned to listen analytically—a trained listener. But the goal of literal realism, or “accuracy,” remains the standard against which a subjective reviewer evaluates any audio product design.

The casual audiophile hears reproduced sound as a whole, and judges its quality according to whether it sounds “good.” Many reviewers never reach that stage of perception because—convinced by their measurements that all competing products sound “essentially the same”—they never make the effort to listen critically to reproduced sound. The reason a subjective reviewer hears more than the “objective” reviewer is not that his auditory equipment is superior. It’s because he has accepted the premise that identical measurements do not necessarily ensure identical sound, and has trained himself to hear the differences when they exist.

The experienced listener does not just hear the totality of reproduced sound. He hears into it, observing how the component or system handles a variety of sonic attributes which make up the whole. Instead of simply “all the highs and all the lows,” he may hear a coloration that his experience has shown to indicate a treble peak. Or he may hear a lengthening of normally brief bass notes which he has learned to equate with a low-frequency resonance or a lack of woofer damping. Of course, both these problems would be revealed by measurements, but equating their measured severity with their adverse effects on the sound is another matter. To do that, we need words to attach to these effects. Those words are what we call subjective terminology.

The language of subjectivity has been around since before Edison. Musicians have long been familiar with terms like “mellow,” “strident,” “rich,” and “euphonic,” but the advent of reproduced music introduced new kinds of sonic qualities for which new descriptive terms were needed. The 1953 Radiotron Designer’s Handbook—for its time, the “bible” of electronics design—listed more than 70 terms, most of which are still in use today.

Stereophile magazine, launched in 1962, was the first to review audio products on the basis of their sound rather than their measurements. Stereophile and other like-minded magazines have expanded subjectivity’s working 70-word vocabulary to over 300 terms, all of which are listed and defined in this series of articles.

Most subjective-audio terms that are not drawn from everyday usage (such as “strident”) fall into three categories: 1) Onomatopoeia—words that sound like what they describe; 2) Imagery—words that evoke a mental image; and 3) Sensories—words that relate things we hear to more-familiar things we see or touch. For example, the term “boomy” is onomatopoeic, because a bass peak sounds like the word “boom.” The term “airy” elicits an image of expansive openness, like a large, high-ceilinged room with lots of big windows, to describe treble extension that seemingly has no limit. And the sensorial term “gritty” will have immediate meaning to anyone who has ever chewed lettuce with sand in it.

Some terms listed here are not descriptive at all, but designate certain things that are of concern only to audiophiles who listen carefully. Examples are resolution and soundstaging, which are two of the sonic characteristics used for judging system performance. Other terms—descriptive and otherwise—relate exclusively to reproduction from vinyl LPs, which are still favored over Compact Discs by many audio perfectionists.

Different subjective terms often have the same meaning, and some have more than one meaning. Don’t be put off by this. Subjective terminology can never be as precise as the language of physics. But imprecise or not, it’s still a much more meaningful way of describing reproduced sound than just saying, “It sounds fine.”

Now that this glossary is available, there’s no longer any excuse for an audio reviewer saying, “I can hear a difference, but there’s no way of describing it.” Now, there is a way.

I am indebted to Old Colony Books, of Peterborough, New Hampshire, for permission to excerpt extensively from my book, The Audio Glossary (footnote 2).

Footnote 1: Thomas Edison’s patent for the phonograph was dated 1877.

The discussion which follows assumes that the listener is familiar with the sound of live music as performed in a real acoustical space. Without that familiarity, there can be no basis for judging the quality of the reproduction of that sound.

Frequency response
The following terms describe how a system’s or component’s frequency response sounds, not necessarily how it measures. Phase shift and distortion can sound like frequency-response aberrations.